In July, residential permits decreased 8.6% to $7.6 billion nationally. Strong gains in British Columbia and Quebec were more than offset by weak construction intentions in six other provinces.

Construction intentions in the single-family homes component declined 5.7%, as decreases in Ontario (-13.9%) more than offset the gains in six provinces. Despite the decline, this component remained 14.8% higher than the same month of 2021.

The value of building permits in the multi-family homes component dropped 11.1%. Declines were posted in six provinces, with Ontario (-32.8%) reporting the largest decrease. Conversely, British Columbia had a number of permits for condos and apartments, pushing the province’s permits value up 9.3%.

In July, the total permit value of the non-residential sector decreased 2.1% to $3.6 billion. Gains in the commercial and institutional components were more than offset by losses in the industrial component.

The value of building permits in the industrial component tumbled 16.9%, largely due to Ontario (-31.1%), which had its third consecutive monthly decline. After nearing the billion-dollar mark back in January and April, the component has returned to more typical levels.

Commercial permit values edged up 0.1%; Alberta (+72.8%) had the highest increase, stemming from various permits issued in Calgary and Edmonton.

Construction intentions in the institutional component jumped 7.9%, with British Columbia (+207.2%) leading the charge. Weak results in June, as well as several large permits, contributed to the significant increase in July.

Spotlight on Newfoundland and Labrador

The value of residential permits, along with the number of units in Newfoundland and Labrador, has been on a downward trend since its peak in early 2010, with the lowest values for the series observed at the beginning of the COVID-19 pandemic. This trend has been impacting both single- and multi-family dwellings similarly. A small recovery has been observed during the pandemic, but the recovery has been mainly driven by an increase in construction costs.

Newfoundland and Labrador’s population has remained relatively consistent at around 520,000 since 2010, leading to a smaller demand for new houses. In contrast, other provinces have had notable increases in both population and number of units during the same time period.

To explore the impact of the COVID-19 pandemic on the socioeconomic landscape, please consult the Canadian Economic Dashboard and COVID-19-1.

Statistics Canada has a Housing Market Indicators dashboard. This web application provides access to key housing market indicators for Canada, by province and by census metropolitan area. The indicators are updated automatically with new information from monthly releases, giving users access to the latest data.

In talking with senior management and HR managers of distributors, a continual challenge is personnel. While frequently these discussions relate to qualified (industry or skilled) personnel for sales, branch management and/or specialists, a frequent comment is the “churn” that they experience in their warehouse as well as with their drivers. Low unemployment and the reality of the compensation for these roles contribute to employee change in many markets. Working conditions may not be the greatest, and people move for compensation reasons. In reality, for these roles you are not competing against other electrical distributors. You are competing with the general marketplace. The impact can affect your customers. 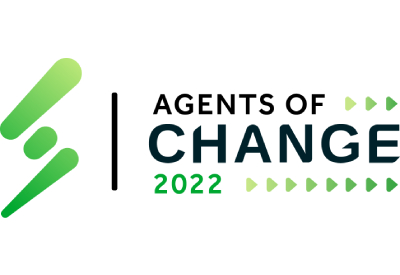 There are three functional responsibilities that are critical to the survival, and growth, of all distributors… 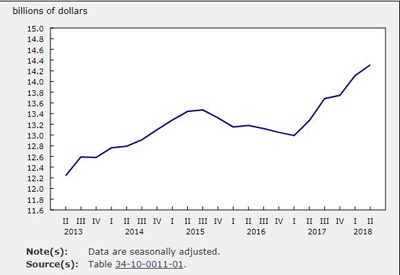 Investment in non-residential building construction totalled $14.3 billion in the second quarter, up 1.4% compared with the first quarter. The commercial (+$123.7 million) and industrial (+$103.4 million) components were up, while the institutional component declined. 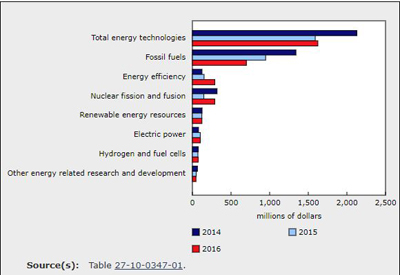