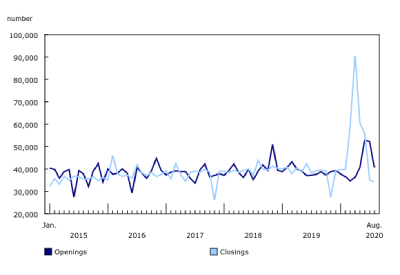 Most provinces and territories, and most industries continued to report fewer business closures in August. However, Prince Edward Island and New Brunswick reported an increase in business closures. Among industries, business closures rose in finance and insurance and management of companies and enterprises, and transportation and warehousing. Such increases are consistent with monthly fluctuations seen in previous years.

The experimental series on monthly openings and closures now include monthly estimates of the number of business openings and closures, continuing businesses, and active businesses in the tourism industries at the national level from January 2015 to August 2020. These industries are based on Statistics Canada’s Canadian Tourism Satellite Account industry aggregations and include air transportation; water transportation; rail, scenic and sightseeing transportation; bus transportation, taxi and limousine services, and vehicle rental; accommodation; food and beverage services; recreation and entertainment; and travel services.

Businesses continue to re-open in August, but at a slower pace than in June and July

By the end of August, public health restrictions had been substantially eased across the country. An analysis of active businesses in February that closed in either March or April shows that 5.5% of businesses re-opened in August, for a cumulative total of 55.9% businesses that re-opened. This represents a lower number of re-openings compared with June and July.

With the exception of utilities and information and cultural industries, all industries recorded fewer business re-openings in August than in July. However, in some industries, more than 6 out of 10 businesses had re-opened. For example, in other services (except public administration), construction, and accommodation and food services, 67.1%, 66.5%, and 65.6% of businesses had re-opened by August, respectively.

In August, all provinces and territories recorded fewer business re-openings than in July. Of all the businesses that closed in March and April, half had reopened by August. The highest proportion of re-openings were in New Brunswick (64.0%), Quebec (64.0%) and Nova Scotia (63.8%). The lowest proportion of re-openings were in Ontario (50.8%); however, this province posted the largest increase in re-openings in August. The gain may be due to the lifting of restrictions in more parts of Ontario in August compared with July. 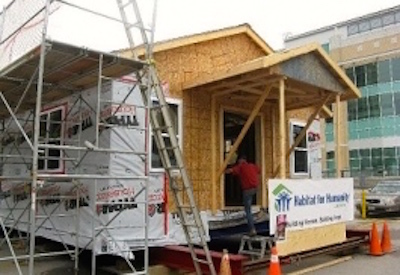 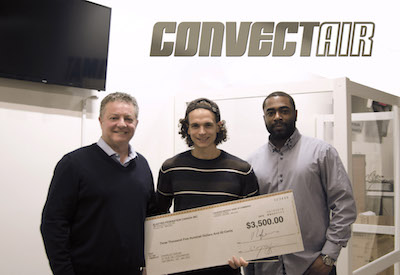 Convectair has awarded a $3,500 scholarship to Charles Sirois, a second-year undergraduate student in electrical engineering at the École Polytechnique de Montréal. 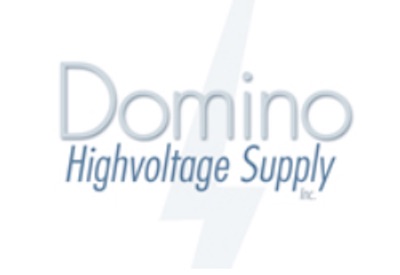 Domino Highvoltage Supply welcomes Deanna Morin as the new inside salesperson at the company’s Edmonton office. Deanna brings with her 23 years of experience in the industry: 18 years as a distributor and 5 years in construction. 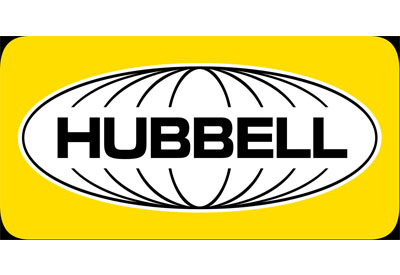 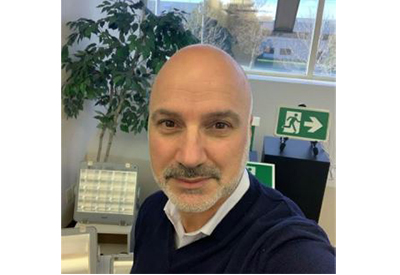 After a well-spent successful career of 18 years with Beghelli Canada / BeLuce Canada, coupled with many more years within the electrical industry, Bruno Ardito, General Manager, has made the decision to retire effective Tuesday, October 18, 2022. 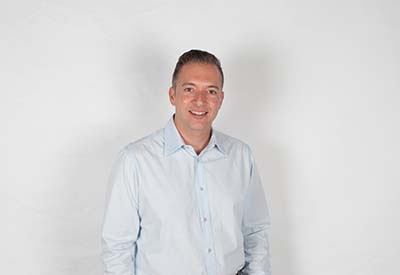 Nino Rosauri has been appointed National Sales Manager, Electrical Distribution – USA. His primary objective: increase Stelpro’s US market share. A licensed master electrician, Rosauri was most recently a manufacturer’s representative for a leading agency in the lighting industry. Rosauri has also had his own electrical contracting business.