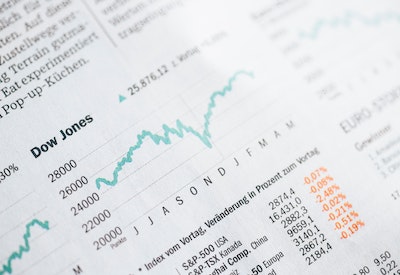 This module provides a concise summary of selected Canadian economic events, as well as international and financial market developments by calendar month. It is intended to provide contextual information only to support users of the economic data published by Statistics Canada. In identifying major events or developments, Statistics Canada is not suggesting that these have a material impact on the published economic data in a particular reference month.

All information presented here is obtained from publicly available news and information sources, and does not reflect any protected information provided to Statistics Canada by survey respondents.

• The Government of Manitoba announced on October 9 that it would extend the province-wide state of emergency for a period of 30 days.

• The Government of Canada announced on October 19 that it was extending non-essential travel restrictions with the United States until November 21, 2020.

• The Government of Ontario announced on October 20 it was extending most orders currently in force under the Reopening Ontario (A Flexible Response to COVID-19) Act, 2020 until November 21, 2020.

• The Government of Canada on October 1sannounced $10 billion in new infrastructure initiatives over three years, including (i) $2.5 billion for clean power; (ii) $2 billion to connect approximately 750,000 homes and small businesses to broadband; (iii) $2 billion to invest in large-scale building retrofits; (iv) $1.5 billion for agriculture irrigation projects; and (v) $1.5 billion to accelerate the adoption of zero-emission buses and charging infrastructure. The Government said the Canada Infrastructure Bank’s Growth Plan is expected to create approximately 60,000 jobs across the country.

• The Government of Canada announced on October 2 that it will provide an additional $600 million to support workers and businesses through the Regional Relief and Recovery Fund (RRRF). The Government said this additional investment brings the total RRRF to over $1.5 billion.

• The Government of Canada announced on October 9 its intention to introduce new supports to help hard-hit businesses and other organizations experiencing a drop in revenue, including (i) the new Canada Emergency Rent Subsidy, which would provide rent and mortgage support until June 2021 for qualifying organizations affected by COVID-19; (ii) a top-up Canada Emergency Rent Subsidy of 25% for organizations temporarily shut down by a mandatory public health order, in addition to the 65% subsidy; (iii) the extension of the Canada Emergency Wage Subsidy until June 2021; and (iv) an expanded Canada Emergency Business Account (CEBA), which would enable businesses, and not-for-profits eligible for CEBA loans, to access an interest-free loan of up to $20,000, in addition to the original CEBA loan of $40,000.

• The Bank of Canada announced on October 15 that it will discontinue the Bankers’ Acceptance Purchase Facility (BAPF) and the Canada Mortgage Bond Purchase Program (CMBP) and reduce the frequency of its Term Repo operations from weekly to bi-weekly. The Bank said that usage in several of its programs that support the functioning of key financial markets has declined significantly as overall financial market conditions continue to improve.

• Cenovus Energy Inc. and Husky Energy Inc., both of Calgary, announced they had entered into a definitive arrangement agreement under which Cenovus and Husky will combine in an all-stock transaction valued at $23.6 billion, inclusive of debt. The companies said that the combined company will operate as Cenovus Energy Inc. and will remain headquartered in Calgary. Cenovus and Husky also said that the combined transaction is expected to close in the first quarter of 2021, subject to shareholder and regulatory approvals, as well as the approval of the Court of Queen’s Bench of Alberta.

• Calgary-based Suncor Energy Inc. announced it had made the decision to accelerate structural reductions to its workforce over the next 18 months by approximately 10% to 15%. Suncor also said that the operator of the West White Rose Project had announced the cancellation of the 2021 construction season and is moving the project into safekeeping mode.

• The Government of Canada announced on October 20 that it had approved the NOVA Gas Transmission Ltd. (NGTL) 2021 System Expansion Project with 35 binding conditions related to safety, environmental and wildlife protection, Indigenous engagement, and protection or Indigenous rights and interest. The Government said the $2.3 billion project will create up to 2,920 jobs.

• Windsor-based FCA Canada Inc. announced that its workforce had ratified a new three-year agreement that includes up to $1.58 billion in total investments and creates 2,000 new jobs.

• Montreal-based Le Château Inc. announced it had filed an application pursuant to the Companies’ Creditors Arrangement Act seeking protection of the court in order to proceed with the orderly liquidation of its assets and wind down of its operations. The company said it will remain fully operational throughout the process.

• Sweden-based H&M Group announced that a net decrease of around 250 stores is planned for 2021.

• Calgary-based WestJet Airlines Ltd. announced it will be indefinitely suspending operations to Moncton, Fredericton, Sydney and Charlottetown while significantly reducing service to Halifax and St. John’s. WestJet said the suspension eliminates more than 100 flights weekly or almost 80% of seat capacity from the Atlantic region starting November 2.

• Toronto-based Porter Airlines Inc. announced it was extending its temporary service suspension to December 15, based on continuing travel restrictions associated with COVID-19.

• The Bank of Canada announced it was maintaining its target for the overnight rate at the effective lower bound of 0.25%. The target for the overnight rate was reduced by 150 basis points in March 2020. The Bank also said it was recalibrating the quantitative easing (QE) program to shift purchases towards longer-term bonds and that, at the same time, total purchases will be gradually reduced to at least $4 billion a week.

• The Government of Prince Edward Island provided its fall economic and fiscal update on September 30. The government forecasts a $178.1 million deficit for 2020-2021 and a contraction in real GDP of 3.9% in 2020.

• On October 21, the Council of the European Union removed a number of countries, including Canada, from its list of countries where temporary restrictions had been lifted for non-essential travel.

• U.S. President Donald Trump announced on October 27 that he had determined that imports of aluminum from Canada would no longer threaten to impair the national security and that he had decided to reinstate Canada’s exclusion from the tariff on these articles.

• Bermuda-based Brookfield Business Partners L.P. announced it had entered into an arrangement agreement to acquire all of the outstanding common shares not already owned by Brookfield of Genworth MI Canada Inc. of Oakville, Ontario, for an aggregate consideration of approximately US$1.2 billion. Brookfield said the transaction is expected to close in the first half of 2021, subject to shareholder, court, and federal Minister of Finance approval, and other customary closing conditions.

United States and other international news

• The European Central Bank (ECB) announced that (i) the interest rate on the main refinancing operations and the interest rates on the marginal lending facility and the deposit facility will remain unchanged at 0.00%, 0.25% and -0.50% respectively; (ii) net purchases under the asset purchase programme (APP) will continue at a monthly pace of €20 billion, together with the purchases under the additional €120 billion temporary envelope until the end of the year; and (iii) the Governing Council will continue its purchases under the pandemic emergency purchase programme (PEPP) with a total envelope of €1.35 trillion until at least the end of June 2021.

• The Bank of Japan (BoJ) announced it will apply a negative interest rate of -0.1% to the Policy-Rate Balances in current accounts held by financial institutions at the BoJ and that it will purchase a necessary amount of Japanese government bonds (JGBs) without setting an upper limit so that 10-year JGB yields will remain at around zero percent.

• On October 7, U.S. President Donald Trump declared than an emergency exists in the States of Louisiana and Mississippi and ordered federal assistance to supplement state, tribal, and local response efforts due to the emergency conditions resulting from Hurricane Delta beginning on October 6, 2020, and continuing.

• ConocoPhillips Company and Concho Resources Inc., both of Texas, announced they had entered into a definitive agreement to combine companies in an all-stock transaction valued at US$9.7 billion. The companies said the transaction is expected to close in the first quarter of 2021, subject to shareholder approval, regulatory clearance, and other customary closing conditions.

• Pioneer Natural Resources Company and Parsley Energy, Inc., both of Texas, announced they had entered into a definitive agreement under which Pioneer will acquire all of the outstanding shares of Parsley in an all-stock transaction valued at US$4.5 billion. The companies said the transaction is expected to close in the first quarter of 2021, subject to customary closing conditions and shareholder and regulatory approvals.

• Devon Energy Corporation and WPX Energy, Inc., both of Oklahoma, announced they had entered into an agreement to combine in an all-stock merger of equals transaction, which results in an enterprise value for the combined entity of approximately US$12 billion. The companies said the transaction is expected to close in the first quarter of 2021, subject to customary closing conditions, including Devon and WPX shareholder approval.

• Texas-based Exxon Mobil Corporation announced that as part of a global review, the company plans to reduce staffing levels by approximately 1,900 in the United States, primarily at its management offices in Houston, Texas. Separately, Exxon said it anticipated that up to 1,600 positions would be impacted by the end of 2021 across the company’s affiliates in Europe.

• Texas-based American Airlines Group Inc. announced it had decided to reduce headcount absent an extension of the CARES Act Payroll Support program and that, in total, more than 20,000 team members had opted for an early out or long-term leave. The company also said that 19,000 team members were furloughed beginning October 1.

• Atlanta, Georgia-based Delta Air Lines, Inc. confirmed the company had offered voluntary separation and early retirement programs to employees during the September quarter and that approximately 18,000 employees participated in the programs, with most leaving the company August 1.

Photo by Markus Spiske on Unsplash 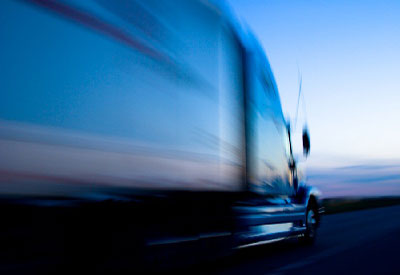 Ford just recently announced that they are setting up a research facility in San Jose, CA to look at new forms of transportation and all of the software connected to new vehicles. 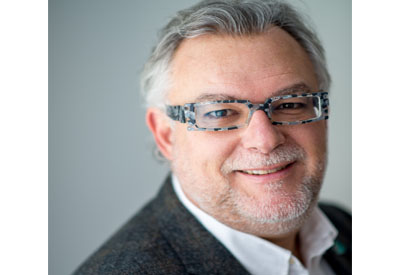 Bernard Pitre is astonishing. Creativity and innovation are not words that we automatically associate with accountancy training, but this would be a mistake in the case of Bernard Pitre. We could say that his entire professional career, on the manufacturing side and on the distribution side, has as the common denominator building components: heating, air conditioning, distribution of electrical products… but this simplification ignores the challenges he took on along the way. 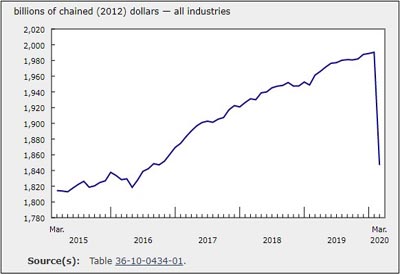 Real gross domestic product (GDP) dropped 7.2% in March. After the World Health Organization declared COVID-19 a pandemic on March 11, all levels of government in Canada put measures in place to slow its spread. 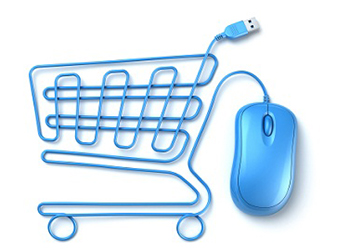 The Electrical Council introduces a new report on Internet Purchasing & Research Trends among Canadian Electrical Customers. I am really proud of the Electrical Council’s latest research project, “Click and Order.” We took a huge chance by not hiring an expensive consultant; instead, we formed a committee of members to conduct the research and to develop the report. The research committee worked together to develop appropriate survey questions, distributed the survey to Kerrwil’s end-customer list, and closely analyzed the survey responses. 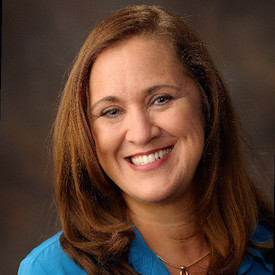 As a marketing consultant for electrical distributors, manufacturers, and associations and a marketing competition judge, I’m often asked to comment or speak on a number of marketing topics. 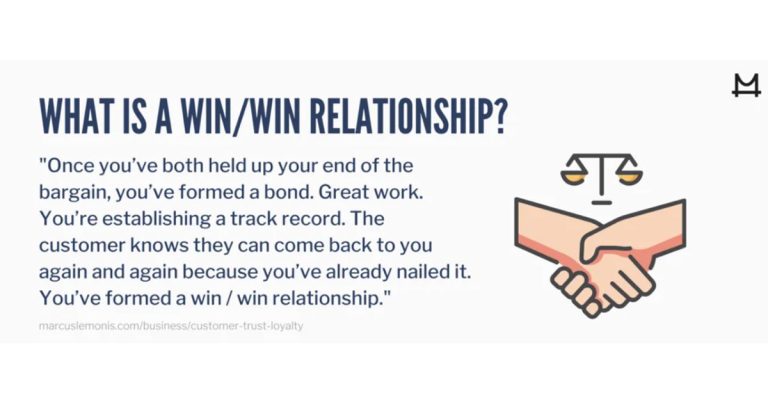 Gene Biben spoke to a large regional VP of Sales for an electrical distributor recently.  His comment was “everyone wants loyalty, but when you give it, what is given in return?” This got Gene thinking, What is loyalty and how is it truly received and continued? So, Gene took a trip down memory lane and decided to share some anecdotes where loyalty mattered and was rewarded.